Reponse to North Carolina Board of Elections 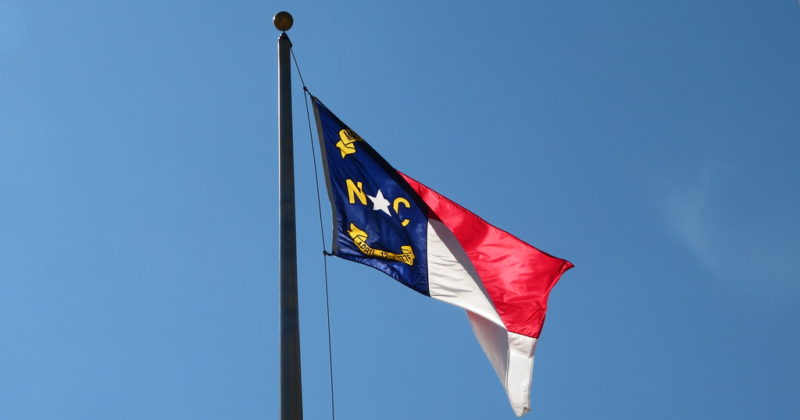 I write in response to your statement following my August 10 comments on FOX News regarding the North Carolina State Board of Elections’ (NCSBE) failure to maintain the integrity of its voter rolls. Specifically, you take issue that I did not mention your response to the federal investigation  and argue that the troubling practice of pre-population, whereby non-citizens are automatically registered as citizens through the Department of Motor Vehicles (DMV), is remedied. The reason this was not mentioned is that I found your response both unconvincing and without a shred of supportive evidence.

There is every reason to believe your state’s elections are not secure and the potential for non-citizens to vote in the upcoming midterms remains largely unaddressed.

It is an indisputable fact that non-citizens voted in the 2016 election in North Carolina. Some of these individuals were not only charged but also convicted. Nevertheless, at least seven convicted felons remained on your voter rolls as late as November 2021. Your own statement in response to the DOJ admits this when it points out that non-citizens were not removed from the rolls because federal investigators did not provide you enough information, even though the relevant criminal convictions should be all that you need. This fact alone undermines your claim that the systemic problems were solved years earlier. Federal investigators had to prompt your office at least twice as to the ongoing nature of specific individuals still residing illegally on your voter rolls. We still have no verifiable information that those identified by federal authorities for removal, after a minimal investigation into a very small number of people, representing only a portion of the problem, have actually been removed. If any information contrary to the above claims is publicly available, please provide it.

Furthermore, one of the root causes providing the opportunity for so many non-citizens to vote was only revealed to the public after the American Accountability Foundation (AAF) submitted public records requests that produced the report from the U.S. Attorney’s investigation of the Eastern District of North Carolina. The U.S. Attorney’s office found the DMV was pre-populating forms that automatically registered non-citizens as citizens. If your office has previously publicly acknowledged and released the DOJ report, the 2017 NCSBE audit, and the NCSBE response letter to the DOJ together, please provide those details.

It is a curiosity that your initial audit and subsequent conversations with the DOJ prior to 2021 appears to have not highlighted a major source of what led to individuals being on the voter rolls illegally: that the DMV in portions of the Eastern District of North Carolina was pre-populating non-citizens as citizens and thereby allowing them to vote. Is that accurate, and if so why? As stated previously, pre-population does not appear to have been acknowledged by your agency until 2021–following a federal investigation into your state’s election processes. Is that accurate, and if so why? You may take issue with the assertion that the DMV pre-population practice remains an ongoing concern, but simply claiming the issue was resolved five years ago–when your agency appears to have failed to disclose the issue–is simply not good enough for the citizens of your state or the American people. While we certainly hope the problem was resolved, in a matter this significant, the old adage “trust, but verify” most certainly applies. It is therefore incumbent upon you and your agency to provide proof that you have fixed the issue.

To our knowledge, Acting U.S. Attorney Acker was the first to point out pre-population in his March 2021 letter outlining the findings of the investigation. His letter warns, “if this is still happening, then it is possible many more individuals are illegally registering to vote because of improper training and/or internal controls at the DMV and the BOE.” The U.S. Attorney investigating this issue did not seem to find evidence to support your claim that the problem had been sufficiently rectified years ago. The NCSBE audit report from 2016-2017 does not mention pre-population as a cause of non-citizens being able to vote in the 2016 election. Again, if this was a known and indeed as you claim “fixed” issue, why does it not appear to have been communicated to the federal investigators at the outset? Was that an intentional withholding of information?

According to Acting U.S. Attorney Acker, seven of the non-citizens convicted of voter fraud in 2016, were still on the voter rolls through the 2020 general election. If there are no systemic problems in North Carolina’s elections, why did those non-citizen felons remain on the voter rolls? Do you attribute this to incompetence on the part of the NCSBE or just negligence?

Furthermore, despite your claims that your office cooperated with the federal investigation, which you must define as complying with subpoenas, the timeline of events and the federal report demonstrates an alternative and more plausible set of facts. It is clear, on pages 1 and 2 of the DOJ report, that your office, despite wanting praise for reporting the initial symptoms, “and notwithstanding the promises of cooperation…failed to respond to requests for information,” and forced the U.S. Attorney to turn “to the federal grand jury process.” Additionally, based on the timeline outlined in your response to the U.S. Attorney you were apparently not forthcoming with at least one of the root causes (pre-population of forms), and resisted subpoenas “due to the[ir] overbroad reach” as you state, beyond just the several hundred individuals that your office specifically reported.

Why was your office resistant to expanding the scope of the investigation to the entire state, even after your concerns about complying with a subpoena so close in proximity to an election would no longer be relevant?

Please provide evidence of your claims and related systemic issues by answering the following questions, some of them restated from above:

1) Please explain the extent of the pre-population practice, its duration, and precisely how it was “resolved.” Include any changes to systems, guidance documents, or employee training that ameliorated non-citizens being registered to vote through the DMV.

2) Please explain why the NCSBE apparently never mentioned pre-population to federal authorities as the source of non-citizens voting at the outset of the investigation. Incidentally, this failure to disclose occurred at the same time you claim the problem was fixed.

3) Has the NCSBE audited the other 56 counties? If so, what were the results? 4) Has the NCSBE initiated a statewide de-duping of its voter rolls utilizing all available federal and state databases to ensure no known non-citizens remain on the rolls for the 2022 elections or anyone else ineligible to vote? If so, please provide the results of that process. Were there any attempts to utilize any additional federal and state databases that you were subsequently denied access to?

5) What procedures or guidance has the NCSBE issued in the aftermath of this scandal to ensure non-citizens remain off the voter rolls going forward and that pre-population at DMVs will never happen again?

6) Has every North Carolina DMV been audited and instructed that pre-population is prohibited?

7) What new training metrics and accountability measures have been implemented by your agency following the DOJ investigation? Were these materials provided to federal investigators in order to demonstrate that the problem was actively being resolved?

Additionally, the voter roll issue originally reported by your office to the DOJ has almost certainly been only minimally addressed. Whether it comes to non-citizens and illegal aliens apparently being able to register to vote in North Carolina via a loophole where only a bank account or a paycheck with their name and address suffices for the registration process, the lack of voter ID laws that would present an additional barrier to non-citizens participating in elections, or the inability of the current processes utilized by the NCSBE to screen for the total population of ineligible individuals currently on the voter rolls, we have additional questions:

8) Do you agree that the audit you performed utilizing the SAVE database, alluded to in the NCSBE 2017 Post-Election Audit Report, will only return results on registered voters with an “Alien Number; Form I-94, Arrival/Departure Record, number; Student and Exchange Visitor Information System (SEVIS) ID number; or unexpired foreign passport number”… in other words, only those individuals that USCIS is formally aware of their presence in the United States?

9) How many non-citizens were registered to vote?

10) How many individuals, statewide (not just the Eastern District of NC), were identified as being ineligible to vote, according to verified SAVE database results, and how many of those verified ineligible voters ended up being removed from the voter rolls? Have they all been removed?

11) How many of those individuals were erroneously on the voter rolls as a result of previously reported pre-population practice at the DMV?

12) How many of those individuals were erroneously on the voter rolls due to reasons other than pre-population practices at the DMV? Please provide a thorough accounting of additional causes and remedies applied. Have all of those additional causes been remedied?

13) What efforts have been made to screen for illegal aliens on the voter rolls, who do not show up in any of the databases referenced in question 8 above, either as a result of pre-population or otherwise? What efforts have been made to require proof of citizenship to register to vote on the front end to act as an additional hurdle to anyone exploiting past and present systemic loopholes in the voter registration process?

14) How many adults (18 and over) are in NC who are not in any state database system or the SAVE database as compared to the recent census data of the total population in the state? How many separate individuals (18 and over) residing in NC are in each state system, and have any efforts been made to de-dupe those lists to arrive at an accurate count of the current population of residents legally residing within the state?

15) Knowing that the audit your office conducted in 2017 (and likely any additional subsequent audits that have been conducted) is highly likely to miss an additional and larger population of ineligible voters, and if your office has taken no additional serious action to screen on that basis, would you consider inaction on that front to be representative of an ongoing systemic attempt to allow ineligible voters to participate in elections, or is it merely due to gross incompetence?

The NCSBE has a history of non-transparency and sidestepping state law in administering elections. Your office usurped the state legislature to change voting laws in North Carolina in 2020, and therefore your record leaves your credibility in upholding the state’s election laws very much in question. Indeed your settlement at the behest of Democrat attorney Marc Elias to change the rules for mail-in ballots, which was repudiated by two federal judges as a flagrant violation of the legal system, evidences your commitment to partisanship over the rule of law. And your more recent efforts to keep the North Carolina Green Party off the ballot, again with the help of Marc Elias, and ongoing attempts to limit access afforded to poll watchers are also troubling for voters who rely on independent oversight.

The onus is therefore on you to prove that these issues have been remedied and especially that non-citizens remain off the rolls ahead of the 2022 elections. As the individual in charge of overseeing the integrity of North Carolina’s elections, you and your agency have not remotely attempted to assure citizens that these problems have been fixed and that their elections are secure from similar fraudulent behavior in the future. For the sake of North Carolina voters, I certainly hope the matter has been fully resolved, but that outcome has not been demonstrated by tangible publicly accessible facts and your attestation alone simply does not suffice as a mechanism for demonstrating those facts.